Big Pop and his connection to Lincoln 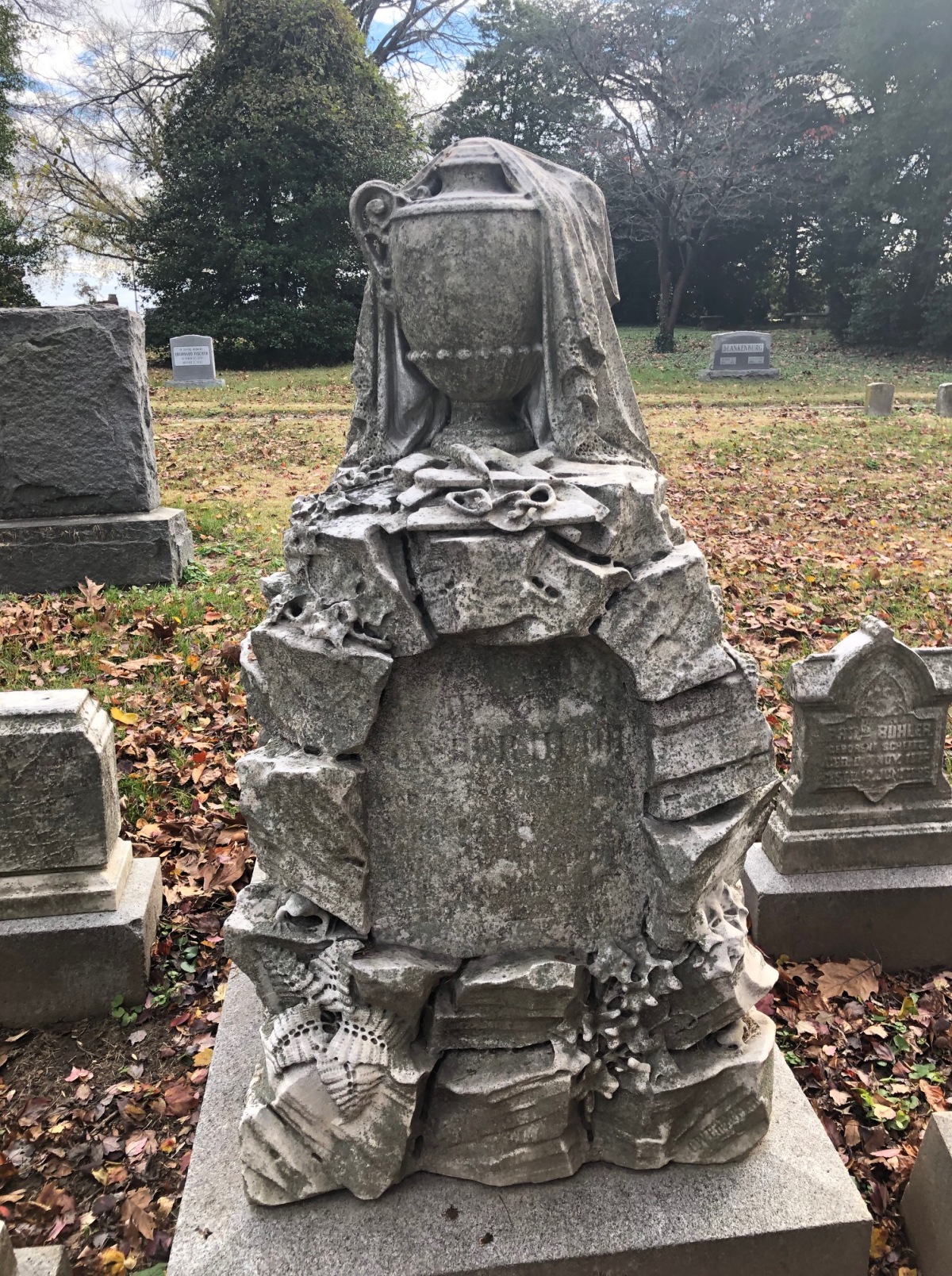 The past two posts were devoted to Mom’s side of the family, so I’m jumping over to Dad. Mom isn’t the only one with relatively recent European immigrants in her family tree. There’s a connection between Smith Croft and my other second great grandfather. Let’s see if you can spot what they have in common.

Before I tell you about him, I will say that working on my ancestral roots is often like playing with a barrel of monkeys: you find more monkeys linked after you successfully pull one through the opening. If you don’t like puzzles, you won’t like working on your genealogy. My ancestors are a big, fat puzzle of dead people who often don’t make sense. Until they do. One more thing you may not know is that I’m a card carrying member of the DAR and the Mayflower Society. I will definitely be talking about some of these folks in future posts because my journey and relationship with them is intensely personal. Between both of my parents, I have 15 known ancestors who fought in the Revolutionary War. They make me super proud to be their xxth granddaughter. But so do my hard working immigrant ancestors. Today’s post is about one of them.

Charles William Buhler, who signed his work “CW Buhler”, will hereinafter be called Big Pop. Why? 1) It was Grandmom’s name for her grandfather; in all her stories, she referred to him as Big Pop. To this day, everyone in the family knows of him as Big Pop. 2) There were 2 more Charles William Buhlers coming down the pike, and neither of them were legally named Jr. or III. Big Pop called my grandmother by one name as long as he was alive: “Girl”. She never knew why he never called her by her given name–a name she shared with his wife, who he adored.

As the family lore goes, Big Pop’s father wanted him to avoid serving in the Franco-Prussian war and got him the hell out of dodge with the promise that the family would join him. As far as everyone knew, his parents sailed across the pond and then… dropped off the face of the earth (not really). One would assume by the above statement that Big Pop was the first of his siblings to emigrate, but he wasn’t. I discovered that his older sisters were here long before he arrived and his older brother made the trip shortly before he did. I don’t believe avoiding the war was the real reason he came to the US, mainly because his father died 6 years before he emigrated.

Big Pop sailed across the Atlantic on a ship called Bavaria on 7 May 1870. The Bavaria sailed under a German flag from Hamburg and landed in Havre, New York; the German manifest doesn’t provide the arrival date, and honestly, I haven’t looked very hard for it. His occupation was listed as Schmied–a smith. He remained in New York for awhile, maybe doing what a smith does? Or perhaps dabbling in what was his ultimate profession as a sculptor? He married his wife, Elise Fertig, in Manhattan on 17 March 1872. They had seven children (discussion later on this number), three who were born in New York and the rest of them in Washington, DC. The story is that there was family in Washington, so they eventually headed down I-95 (what did they call the horse and buggy route from New York to Washington?) and settled into life in Washington. And no, a big family is not what Big Pop and Smith Croft share in common.

Big Pop was a very, very talented sculptor. Some of his work is still displayed in buildings around DC. His best known work is in the Old Post Office. He also carved the tombstone for his sister, Barbara Buhler Vonderheide Wagner, pictured at the top of this post. This labor of love for his sister can be found at historic Prospect Hill Cemetery in NE Washington. It is nothing short of magnificent. There are little frogs and detailed ferns carved into the drapes of sculpted fabric, among other intricate details. It’s breathtakingly beautiful. I looked at it and wondered why I didn’t inherit any of this artistic talent? On the other hand, nobody did. Big Pop was one of a kind.

Dad, Valerie and my cousin, Martha, made the trek over to all the cemeteries where the Buhlers are buried last November while we where there for the Thanksgiving holiday. I grew up in the DC area and had never been to them. I’m not sure why, either.

On this trip, I discovered and began the uncovering more about the lives of Big Pop’s siblings and cousins, mostly through a bunch of death certificates I obtained on my first day of the trip at DAR Headquarters. Those stories will wait for another day, including the complete mess facing me in researching his parents. They really didn’t drop off the face of the earth! His father died back in Germany and his mother died in Washington. But I will tell you about his oldest sister…

Wilhelmine Marie Helene Buhler was married to a man who made his mark in Washington by accident on one unforgettable Friday evening, 14 April 1865. You could google that date unless you paid close attention in US History, specifically in the Civil War era. Julius Ulke and his brother, Henry, were boarders at the Petersen House in Washington, and were also photographers by trade. Julius captured Mr. Lincoln’s deathbed and was made instantly famous for the photograph. By a strange twist of fate, one of Big Pop’s daughters (Aunt Lolly) married into an old Georgetown family of hoteliers–who descended from an established Maryland plantation family sympathetic to the pesky slavery issue–suspected of funding John Wilkes Booth and his movement to assassinate Lincoln, so go figure. Helene and Julius are buried in historic Rock Creek Cemetery.

Big Pop’s wife, Elise–my grandmother’s namesake–died in 1923, 3 years prior to his own death, leaving him bereft and with a heavy heart. It was said he never bounced back after Elise died. He had cataracts and his vision was failing him. I believe he was legally blind. One day, he was walking in downtown Washington, accidentally stepped off the curb and got hit by a bus. Yes, I know I always tell people “when I get hit by a bus”… that I realize it’s a fate close to home and not really the way I want to leave this earth. Big Pop was unceremoniously buried next to his wife at Mount Olivet Cemetery in Northwest Washington. His grave marker is a huge disappointment: it’s plain, boring and not representative of his profession or his life. It saddens me. A photo of this pitiful marker is shown below.

There is one last mystery I have yet to solve. This mystery is likely to stay that way because there is nobody alive that knows the answer. My grandmother was well acquainted with her Buhler aunts and uncles and wrote as many stories about them as she could remember. But there is one person who will remain an enigma. In the 1900 Federal census, there was one additional person enumerated in Big Pop’s household. The person was a little girl named Emma, who is identified as his daughter, born in Washington, a student and 8 years old. There are no birth or death records for an Emma Buhler in Washington between 1890 and 1910. There is no further documentation about a daughter who might have died young. There are certainly no photographs and there has never been someone named Emma come up in any stories in my very large extended family. Who was this little girl and why was she there? She will forever remain a question mark.

I’ve never been to Germany, but it sits atop my bucket list. I’d love to visit Speyer and walk the land where my ancestors trod. The surname Buhler is translated to “hill dweller” in English. I wonder if it’s accurate? I aim to find out some day.

In case you haven’t figured out the commonality between Smith Croft and Charles Buhler, I’ll just state the moral of this story: one shouldn’t walk on train tracks or city streets if he is deaf or blind. It’s not wise.

All the photos except Barbara’s tomb marker and Big Pop’s marker were given to me by Aunt Kathy; the grave markers were taken by me last November. They may not be copied without permission from me.